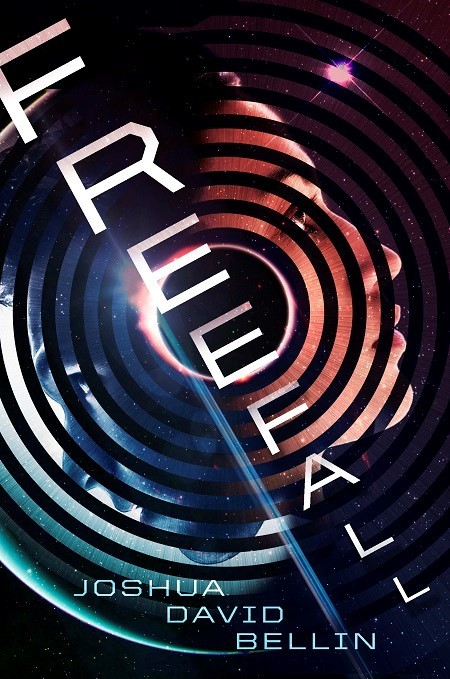 Enter the Give-away on Goodreads for a copy of Joshua David Bellin’s novel FREEFALL (McElderry Books), a swoon-worthy sci-fi that’s out of this world. Goodreads also gives drop-down boxes for bookstores of your choice to pre-order FREEFALL, to be released September 27, 2017.

I love building new worlds. Along with creating alien species and civilizations, that’s what science fiction writers do best. So, I was excited when, for my novel FREEFALL (McElderry Books, tbr Sept. 27, 2017), I got to build not one world but three.

If you look at the chapters in FREEFALL, you’ll see they’re not numbered. Instead, each chapter is identified by location: “Upperworld,” “Lowerworld,” or “Otherworld.” The first two locations are based on Earth during the years 2150-2151. The third location is an exoplanet (a planet outside the solar system), with the action taking place in the year 3151. The novel moves back and forth among these three places, showing the events that led to the colonization of outer space and what happens after the colonists arrive at the end of their journey.

The two Earth-worlds, the Upperworld and the Lowerworld, exist on the same planet, but they might as well not. That’s because, in the twenty-second century Earth of FREEFALL, the wealthiest 1% of humanity (the Upperworld) has cut itself off from the remaining 99% (the Lowerworld). When my narrator, Cam Newell, the son of Upperworld executives, embarks for the Lowerworld in the company of Sofie, the girl who leads a Lowerworld crusade for equality, it’s as if he’s traveled to an entirely new planet. The things he learns in the Lowerworld—about how its people live and think and struggle and dream—change him forever.

And then he travels to a planet that’s literally new to him (and to everyone): the Otherworld, so named because it’s not the planet the colonists were aiming for. Instead of touching down on a pristine pleasure-spot just waiting to be terraformed, they find themselves trapped by a malfunctioning starship on a desolate world with a toxic atmosphere, deadly radiation, and no life except for fearsome nighttime predators. If the first two worlds were modeled after our own, with its international hostilities and deepening divide between rich and poor, the Otherworld represents, perhaps, the nightmare dead-end for humanity if we don’t learn to coexist.

The challenge for any science fiction writer is to build an alternate world that’s original, interesting, and (maybe most important) internally coherent. The challenge in FREEFALL was to make sure that all three worlds not only met these criteria but worked together in logical and dramatic ways. I like to think I succeeded, but in the end, it’s up to my readers to judge.

FREEFALL is my third science fiction novel, and maybe that’s why I decided to give it three worlds. But I’ve got to tell you, building worlds is hard work. Next time around, I think I’ll stick with one!

Joshua David Bellin is the sci-fi author of SURVIVAL COLONY, SCAVENGER OF SOULS, and FREEFALL. Josh taught college for 20 years and lives in one world, Pittsburg.