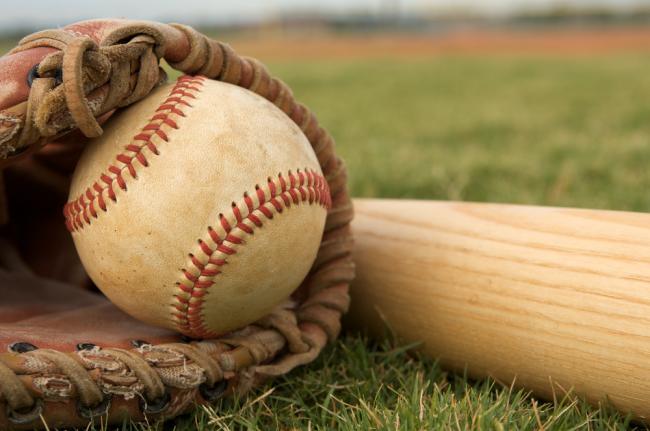 The baseball in NO SURRENDER SOLDIER is an objective correlative.

When NO SURRENDER SOLDIER (Simon Pulse/ Simon & Schuster, 2014) released, a newspaper reporter called for an interview. She had read my historical YA novel, and remarked, “I was so worried about the baseball! I wondered whether Kiko would get his brother’s baseball back.” The reporter went on about the journey of the baseball, as if the baseball was a significant character in this war lit novel.

The truth is, I intended for the baseball and Swiss Army knife to evoke emotion in the reader, using a technique called objective correlative. Judging by the reporter’s reaction, the object (baseball) did evoke emotion in her, as a reader.

T.S. Eliot defined objective correlative as (A Handbook to Literature by C. Hugh Holman and William Harmon, Macmillan publishers): a pattern of objects, actions, or events, or a situation that can serve effectively to awaken in the reader an emotional response without being a direct statement of that subjective emotion. It is a means of communicating feeling. Eliot calls the objective correlative "the only way of expressing emotion in the form of art" and defines it as "a set of objects, a situation, a chain of events which shall be the formula of the particular emotion, such that when the external facts, which must terminate in sensory experience, are given, the emotion is immediately evoked."

Many years ago I did a self-study on how to show emotion using the standard of objective correlative. I was also interested in how memory and emotion are tied, and how one shows emotion. I believe one of the best forms of study of a writing craft is to “Read Like a Writer” and deconstruct (dissect) that craft element in a book where the author has used the technique successfully. For this particular study of objective correlative, I used MEGIDDO’S SHADOW by Arthur Slade, a WWI novel. (I read the book first for pleasure, and did the study on a second read.) I selected letters, hanky, locket, and music to follow throughout. This as the opening line:

“The letter was stained with mud from France...”

Immediately Art has set the letter up to have significance and be tied to emotion. As the story continues, letters do indeed qualify as objective correlatives.

If you don’t mind marking up a book it would be easier to track an object (or craft element) by colored highlighters within the pages of the book.

I want to stress that just because an object is woven throughout a story does not mean it is an objective correlative. It only qualifies if emotion is attached to that object. Also, according to Eliot’s definition, there are things that can evoke emotion, but I only focused on objects in this particular study.

For an example, let’s look at the Swiss Army knife in NO SURRENDER SOLDIER:
Chapter 1 Pg. 9 “Like someone has a knife twisted in his gut and he’s too stunned to pull it out.” (In reference to the father being upset his eldest son, Sammy, is fighting in the Vietnam war.)

Chapter 1 Pg. 10 “If I had the Swiss Army knife Tata gave Sammy, I could open these boxes as easy as slicing mangos with a machete.” I was sorry I said it the minute it came out of my mouth.

Chapter 1 Pg. 10 Nana looked up from cleaning a display case. Hurt shone all over her moon-shaped face. “Your tata knew what he was doing. Sammy needs that knife more than you do.”

You can already see in the Chapter 1 set-up that the Swiss Army knife will be a source of contention (sibling rivalry) and an emotionally prickly subject between 15-year-old Kiko and his parents, particularly his father.

Later, it is revealed that this knife had been passed down from Kiko’s paternal grandfather (it has a humorous story behind it that Kiko doesn’t find out until after the climax.) The knife also has fond memories for Kiko because it reminds him that his brother had taught him to play mumbly peg with it, against their mother’s knowledge or approval. I don’t want to give away spoilers, but a knife becomes a source of bonding for Kiko and his father. I’ll let you get a copy of the book and finish this exercise for yourself. But I recommend you read the book first for pleasure to see which objects evoke emotion in you, as a reader.

Knives have many purposes in NO SURRENDER SOLDIER, but I didn’t want it to be just a utilitarian object, rather to serve multiple purposes in the writing craft, evoking emotion in the reader. In this way, a knife is not just a knife, but an objective correlative.

When writing a story, I recommend not concerning yourself with weaving in objective correlative in the first draft. At that time you are just telling yourself the story. But after the first draft or early revision, look for which objects naturally landed in your story. Then in subsequent drafts tie an emotional impact to that object, weaving it throughout. The result should be that once that object (such as the letter, baseball, and knife) is mentioned, the reader will immediately feel the emotion, if done successfully.