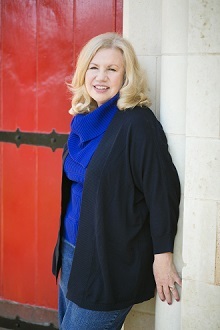 Christine Kohler writes about what the writing life in a blog hop.

Suzanne Kamata, an American author and teacher in Japan invited me to a blog hop about the writing life. Suzanne has guest blogged before in this Read Like A Writer blog about food in GADGET GIRL (Gemma, 2013), an Asian Pacific ALA honor book. Now she has a new release SCREAMING DIVAS by my publisher Merit Press.

Next week hop on over to the following three blog (below my interview) to meet three more authors and read about their writing lives.

1. What am I writing or working on?
I am in the revision stage of a near–futuristic techno YA novel called Babel/Babble. It's about a 15-year-old girl, Min Lee, who longs for intimacy for herself and for two whales that will go extinct if they don't mate. It has awkward virtual sex, loss, romance, foreign travel, and music. Beta readers have compared it to FEED by M.T. Anderson and NEUROROMANCER by William Gibson.

Writers aren’t always writing books, though. We do a lot of “business” writing, too. This year I’ve been doing a lot of marketing for NO SURRENDER SOLDIER, which means I’ve been writing articles, interviews, and preparing for conferences.

I am also researching a new historic YA novel. I’m not ready to announce the time period and place, but I will reveal that it is to be a tragic romance on the eve of revolution.

2. How does my work differ from others of its genre?

I’m known as one who writes from a slant or angle not covered before. I don’t shy away from difficult or controversial topics. I’ve been told I write “powerful,” and I tend to write spare, succinct, yet descriptive enough to create dimensional characters, settings and scenes. I found it interesting that reviewers had difficulty matching NO SURRENDER SOLDIER with other books. The disadvantage is that my novels seem harder to place at publishers since they want something similar to what is already published and selling well. This means a publisher has to take a chance on my novels being different than what is already in the market.

I write what interests me. It’s as simple and as complicated as that.

4. How does my writing process work?

When I'm thinking of a story I began with research. I research until I am saturated and the main character walks onto the stage in my mind and begins to tell his or her story. Then I do what Jane Yolen calls "fly into the mist." If at any time my well of research drains and the writing gets strained then I stop and research some more. About midway through I stop and completely outline the story from beginning to end, even if I don't know the ending. I think I do this because I'm afraid of saggy middles. Often when I write a first draft I will plan my schedule even if it means going away and locking myself in a hotel room for a week; I will write the first draft in about six weeks. Then the hard work begins…revision!

And now meet the three authors who will continue this blog hop next week. Thanks for stopping by and thanks to Suzanne for inviting me to the hop!

Jennifer Holik is a Chicago-based genealogical and military researcher, speaker, and author. Her passion is researching and writing the stories of men and women who served in World War II. She is the author of several books including Stories of the Lost: Discovering the Story of Our Heroes through Genealogy, and a series of genealogy teaching books entitled, Branching Out. Holik is part of the staff of the World War II History Network. She volunteers as the Genealogy Department Manager at Casa Italia in Stone Park. She also volunteers in the Italian American Veterans Museum.

Christine Taylor-Butler is a storyteller and world traveler. The author of more than 75 books for children, she is a passionate advocate for children’s literacy as a pathway to expanding their world view. Her photo essay: Sacred Mountain: Everest has earned a number of awards. When not writing or traveling, she works with schools and libraries to help guide students towards college readiness. She serves as Regional Chair on MIT's Educational Council and also writes profiles of exceptional students for TheRoot.com division of the Washington Post. Her first novel, THE LOST TRIBES will be published by Move Books in March 2015.

Phyllis I Turner is a freelance writer & columnist with specialties in non-fiction travel, health & fitness, & children’s stories. She also produces an online radio show called Book Bites For Kids and is a member of The Working Writer’s Club. She has garnered most of her experience through creative writing on her personal blogs, guest blogging, writing for magazines, desktop publishing of flyers, brochures and newsletters, website copy, and training manuals. She is no stranger to marketing via social media with active accounts on Facebook, Twitter and LinkedIn. Journaling since her pre-teenage years, Phyllis has always had a passion for writing and traveling.