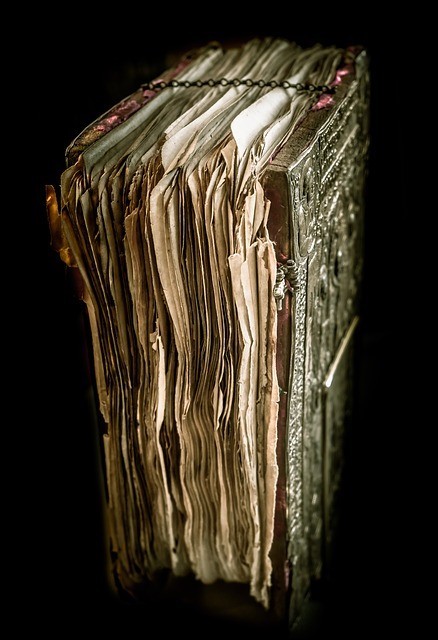 Solomon, an Israelite king who ruled in 970-930 B.C., was a writer. Most know his works PROVERBS, SONG OF SOLOMON, and ECCESIASTES. Solomon has a lot to say to writers.

For instance, in Ecclesiastes 12:12 Solomon wrote to his son, "…of making many books is no end…" (KJV) This is true in so many different ways for writers. Writers often have so many ideas for books or articles that they couldn't begin to work on all of the ideas within a lifetime.  There's also the case of "byline high." The euphoria of publication and seeing your byline in print is a feeling that never gets old. When I switched to writing books exclusively, I waved my hand at all the files stuffed full of published articles and stories and told myself, "I have to never care whether I see my byline again" to pursue this path. (Prior to that decision I had 5 books and one collection published more than a decade before. It took me three years without a byline before I sold another book. That was a long three years, wondering if it would ever happen again.)

Solomon doesn't always address writers specifically, but his wisdom still applies to writers and their quest to publish. One of my favorite verses is Ecclesiastes 9:10, "Whatsoever thy hand finds to do, do it with all thy might." That advice applies in genres, opportunities, efforts—including being able to seek and accept critiques, then doing multiple revisions, and improving craft skills.

Solomon wrote in Ecclesiastes 9:11, "…the race is not to the swift, nor the battle to the strong, neither yet bread to the wise, nor yet riches to men of understanding, nor yet favour to men of skill; but time and chance happens to them all." The Amplified version paraphrases the ending to read, "but time and chance overtake them all."

The two nuggets of wisdom I take away from this is, one, to persevere. When I taught writing, I saw some of the most gifted writers stymied to submit because of perfectionism and fear of rejection.

At the other end of the scale, several times I had adult writing students whom I didn't think would pass the course, let alone ever get published. (A requirement for passing the course was to produce at least one publishable-quality article or story.) Then, low and behold, that writer would get a piece published, and then another, and another. Amazing. (It's a subjective business, so I was amazed, but evidently some editor felt differently. Keep in mind, I only had about three or four of these type of writers during nearly a decade of teaching the writing course.) The qualities I found these writers had in common were that they studied the markets, wrote toward the market they wanted to get published in, believed in themselves, and persevered.

The second pearl of wisdom in this verse: there is an element of luck in publishing. We can't do anything about luck. (I once had a Curtis Brown Ltd. agent who said I was the most unluckiest author she ever met. Then she left the biz and proved I have the luck of the Irish. No luck at all. Ha, ha.) But more important than speed, strength, talent, money, what you know, who you know, acquired skill, or the elusive Lady Luck, what really matters is PERSEVERANCE!

The king concluded the sentence in Ecclesiastes 12:12 by writing this about research, "…much study is weariness of the flesh." I would add that on-site primary research is also expensive. Not that Solomon had to worry about money.

There are more rich words of advice from author Solomon that applies to writers, and life, in general, for any person. It's interesting to note that Solomon's father was King David, also a writer, composer, and musician of poetry and songs.

Another thing Solomon understood well is that we don't have to walk a given path in life alone. In Proverbs 17:17 he wrote, "A friend loves at all times." Choosing a career in the arts is difficult for a number of reasons. Dreams are big, but only a limited number can rise to the top. Art is subjective, and no matter how hard the artist (encompassing writers, illustrators, actors, dancers, musicians, etc.) works, what is published or produced often has more to do with the present market than the brilliance of the work, and certainly the creativity and hard work of the artist. Put another way, we can only do the work before us. The rest is out of our control. This is not necessarily true in other professions. In addition, due the isolation of writers while creating, and the necessity to network during publishing and marketing, it's important to make friends with fellow writers. Invest in reciprocal friendships with people you trust.

I made one such friend years ago with author Christine Taylor-Butler (TRIBES series, Move Books).  She is giving 20 FREE copies of my novel NO SURRENDER SOLDIER (Simon Pulse) to Kansas City middle & high school libraries. If you are at a KC school library, leave your name, school, e-mail, phone number on my Contact page and I will forward it to Christine Taylor-Butler.