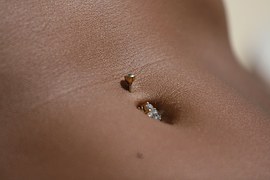 This article originally appeared on the (ICL) Institute of Children’s website. I

Is your main character a stargazer or navel-gazer? Does your protagonist observe the world around him using his five senses? Or does she mutter inwardly to herself, totally self-absorbed? If your character is

a stargazer, you are showing the readers what is happening by being objective in your writing. If your main character is a navel-gazer, then your readers know through subjectivity what is going on inside of your character’s head and heart.

Let’s look at some technical definitions of objectivity and subjectivity. I love this first one. In Metaphors We Live By (The University of Chicago Press, 1980), George Lakoff and Mark Johnson write, "If you’re not being objective, you’re being subjective, and there is no third choice." At first glance, this statement seems to be, "No duh."

But on further study, it boils the subject down to rule out confusion. I found in studying objectivity and subjectivity that scholars were great at defining what is objective, but got real fuzzy and used esoteric language ("highfalutin," for us lay folks) that seemed to run in circles when defining what is subjective.

When I want a definitive definition, I look in A Handbook to Literature (MacMillian Publishing Company, 1992). Professors C. Hugh Holman and William Harmon define objectivity as "a quality in an artwork of impersonality and freedom from the expression of personal sentiments, attitudes, or emotions of the author." I would add the word "character" in referring to fiction.

Okay, let’s go back to Lakoff and Johnson’s rule and apply it to this definition and break it down this way. If objectivity is "free from" then that means all the qualities described afterward—personal sentiments, attitudes, and emotions—expressed by the author or character are subjective. Here’s the simplified definition Holman and Harmon give for subjective: "A term for something expressive in a personal manner of inward convictions, beliefs, dreams, or ideals."

Holman and Harmon add, "Subjective writing is opposed to objective, which is impersonal, concrete, and concerned largely with narrative, analysis, or description of exteriors." Pay attention to what I highlighted in bold, which is the definition of objective.

Janet Burroway nails it down even more firmly when she says in Writing Fiction: A Guide to Narrative Craft (Longman, 2003), "The objective author is not omniscient but impersonal. As an objective author, you restrict your knowledge to the external facts that might be observed by a human witness; to the senses of sight, sound, smell, taste, and touch."

Enough of the definitions for a minute, let’s look at objectivity and subjective from a practical standpoint. Let’s look at an example Lakoff and Johnson use for objectivity: a rock. They write, "…we find out that a rock is a separate object by looking at it, by feeling it, moving it around, etc. We find out that it’s hard by touching it, trying to squeeze it, kicking it, banging it against something softer, etc."

But what if we wrote about this rock from a subjective viewpoint? In the subjective the writer (or character) might express feelings about the rock. Perhaps this rock reminds the character of where he proposed to his wife. Or of the hardship in removing rocks when first plowing the field. Or the writer (character) might think in the abstract what the rock could be used for. A girl pretends the rock is her ship and the peak is the ship’s mast from where she looks out over the sea.

No Three Ways About It!

Please bear with one more definition. Professor Richard Coe writes in Form and Substance: An Advanced Rhetoric (John Wiley & Sons, 1981), "In practical terms, objectivity usually means focusing on the ‘object’ or event being described." Stop. His next sentence includes the word "excludes," which means what follows will be a definition of subjectivity. (This logic follows because of the first "no duh" statement of Lakoff and Johnson, "If you’re not being objective, you’re being subjective, and there is no third choice.")

In a nutshell, objectivity is showing external facts and actions through use of the writer’s or character’s senses—sight, sound, smell, taste, and touch. Subjectivity is when the writer or character(s) tells his or her thoughts, emotions, or attitudes.
Why does a writer need to know the difference between objectivity and subjectivity? "The guiding purpose behind an objective report is this," Coe writes, "the readers want to know about what is being described, not about the writer’s relation to what is being described, not about the writer’s feeling, opinions, or beliefs."

I agree with Coe when it comes to writing most nonfiction. If you are writing nonfiction and find the first-person personal pronouns I, me, my, we, us, our creeping in, then you are probably writing more of a subjective essay than an objective nonfiction article.

However, in my opinion, the best fiction stories use both objectivity and subjectivity. When I taught English, I used to take my freshmen out in the hall and have them write about their lockers objectively using five senses. In the following example, I’ll go one step further and write a scene using the locker. Here I put (O) after sentences or sentence clauses that are objective and (S) after ones that are subjective.

Zack slammed his locker door shut. (O)
"Stupid school." (S)
The locker door bounced back open and cut him in the shin. (O)
"Stupid, stupid, stupid!" (S) Zack shouted as he kicked the bottom of the locker again and again. (O)
"Who you calling stupid, Zack?" Ken asked. (S)
"Probably himself," Mindy said (S) as she shuffled up behind Ken and put her arms around his waist. (O).
Mindy had just broken up with Zack last night, right after coach announced that Ken, not Zack, was to be captain of the varsity football team. (S)

Fiction writers who blend objectivity and subjectivity have greater control. Editors often accuse novice writers of being too subjective. The editors are referring to characters who are so self-absorbed—navel-gazers—that they tell their story instead of show it. Navel-gazers subjectively spill their emotions (i.e. I am angry. She is sad. He is furious.) and thoughts (interior monologue) all over the pages.

On the other hand, journalists-turned-novelists tend to write too objectively. (Ernest Hemingway is a prime example.) As journalists, they are trained to take the fly-on-the-wall approach to writing. As fiction writers, they show (the operative word here is show, not tell) the big picture—stargazing—of what is going on around the character. All events are shown through the use of the character’s senses.

But the reader does not know the character’s feelings or thoughts except by what can be inferred by his or her actions. The character does not react emotionally or let his or her beliefs or thoughts be known—not directly—if the work is purely objective. This is why I believe the best characters should stargaze and navel-gaze to round them out as realistic characters in the richest of stories.

* Disclaimer, as the author of this article on objectivity and subjectivity, I added many subjective comments.