AUTHOR ADVISES ON WRITING ABOUT WAR IN KID LIT 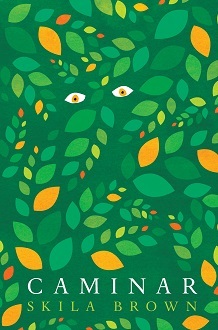 CAMINAR, a novel in verse, by Skila Brown published by Candlewick Press in March 2014.

My guest author today is Skila Brown, author of CAMINAR, a novel in verse published by Candlewick Press in March 2014. The flap copy for CAMINAR reads: “Set in 1981 Guatemala, a lyrical debut novel tells the powerful tale of a boy who must decide what it means to be a man during a time of war.” Listen to what Skila asked herself when writing about war and violence in CAMINAR, for ages 10 and up.

CAMINAR is set in 1981 Guatemala, when the country was in the middle of what Guatemalans now call The Armed Conflict. Some might call it a civil war. Others would use the term genocide. When I first began to write the story, I knew there was no way I could avoid violence in its pages. The main character, after all, survives the massacre of his village and must decide what he will do next. At the same time, I recognized that while teen readers are equipped to take in the violent details of a nation in crisis, middle grade readers are often less so. I was certain this needed to be a story for both sets of readers, because I knew, at its heart, it was a coming of age tale about a boy growing up during a difficult time, and growing up is something both sets of readers are doing.

I think using poetry to tell the story helped in dealing with the violence. White space and metaphors can pack a punch without the graphic details. There’s a lot left unsaid in this novel, allowing older readers to fill in the blanks through a filter of experience and understanding. Younger readers might have only the vaguest picture of the violence that’s going on, allowing them to begin to understand the horror of war without giving them a dose that will be too much to swallow.

There were moments in the novel that I didn’t want to write about it, but I realized in revision that I needed to dig a little deeper. But there were also lines I struck from earlier drafts, feeling they were too graphic for a younger reader. I was walking a tight line as I wrote, and I felt it. The question I tried to ask myself is, “Do I really need this detail in order for the reader to know what happened?”

Surprisingly, I think we can omit a lot of graphic violence when we ask ourselves that question, and doing so allows the story to reach a larger and younger audience. But it’s a challenge, for sure, to strike the right balance of detail, and I’d love to hear how other authors approach this.