5 Ways to Move a Story Forward in Time 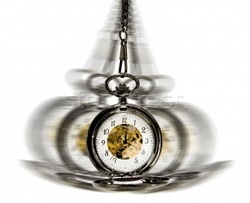 Think of a story as a train. It has a beginning, stops it needs to make, and a destination. And it has a timetable at which to reach each whistlestop and the final destination. You are the conductor who holds the stopwatch.

"Literature is… tied to time in a way the

other arts are not." WRITING FICTION by Janet Burroway and Elizabeth Stuckey-French (P. 218)

Let's first talk about the most obvious ways to move the story forward in time, and then I'll cover the harder terrain of scene, sequence and summary.

1. Prologues — one of the few reasons to use a prologue is when there is a huge time gap between the setup information and when the story begins. In NO SURRENDER SOLDIER the prologue takes place in 1945 from the viewpoint of the World War II Japanese soldier who hid on Guam. Chapter 1 begins in 1972 on Guam, during the Vietnam War, and is from the viewpoint of Kiko, a Chamorro teen.
I want to caution you, though, against using prologues as an excuse for dumping story background. Many editors, including my own editor Jacquelyn Mitchard, will not look at a submission with a prologue. Jackie told YA writers in Tucson that my novel was the exception. To read an article about when and how to use prologues I suggest reading "Prologues: Reasons For and Against in Children's Literature" on this blog "Read Like a Writer".

2. Transitional Time Clues — Later, on Wednesday, on Christmas Day, the first day of school, at daybreak, at sunset, at ten o'clock, on the Ides of March… All of these are examples of transitional time clues that writers use to clue in the reader what time or day an event is either happening or will happen. As readers we tend to skim over transitional time clues but they register that time is passing or working up to a certain date, one that could either be a whistle stop, the climax of the trip, or the final destination.

3. Skipping Time — A good place to skip time is between chapters. One thing novice writers need to be careful of, however, is to not always begin the next chapter in the morning when characters are waking up or getting dressed or breakfast. Unless there is something essential going on during that time, those ordinary routines can be skipped. However, in NO SURRENDER SOLDIER, the parents owned a store across the island so often I opened chapters with morning routines because that would have been the only realistic time during the day that the parents would have been home to interact with their son and grandpa. But it had to be essential to the plot or else it was not necessary to mention in the story.

4. Scenes — Scenes are the power that drives the train. In particular, action in scenes moves time forward. I would say that perhaps internal (interior) monologue and narration (summary) is the most used mode of going back in time. Even dialogue needs to progress the plot forward or else should be examined whether to cut.
Think of scenes and sequence, scenes and sequence, as the train cars and couplings. What you do in the scenes makes a difference as to the speed of the train at that moment.

5. Summary —"Summary and scenes are methods of treating time in fiction. A summary covers a relatively long period of time in relatively short compass; a scene deals at length with a relatively short period of time. Summary narration is a useful and often necessary device: it may give information, fill in the character's background, let us understand a motive, alter pace, create a transition, leap moments or years." WRITING FICTION by Janet Burroway and Elizabeth Stuckey-French (P. 219)