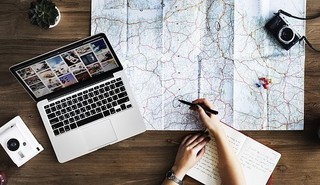 In journalism school at the University of Hawaii we learned about Thomas Wolfe and his concept of “New Journalism.” Wolf believed that engaging nonfiction should contain elements of a novel, such as eyewitness and primary source accounts, real people as characters, dialogue, and descriptive details. Today we would call this narrative nonfiction.

Narrative nonfiction tells the story in the sense that it may set a scene, or develop a character with details, and add lively quotes. But these all come from primary and secondary sources in research. They do not come from the writer’s imagination. Author Darcy Pattison said, “Nonfiction writers use scenes, sensory details, and work for a traditional story arc with a problem that is resolved in a climax.” An excellent example of a nonfiction picture book with a full story arc is THEY’RE OFF! THE STORY OF PONY EXPRESS (Simon & Schuster) by Cheryl Harness.

2. exhaustive research, with verifiable sources, to provide unique perspectives on the subject;

3. creating the scene to give the reader context around events and people;

It comes to what I harp on all the time. Writers must do deep research. In research you can search facts outside of the main topic to add setting and character and plot details to your nonfiction topic to make it narrative.

For example, in writing a Civil War story I traveled to Vicksburg and read 1865 newspapers at the courthouse research library. (Get prior written permission before embarking on these research trips.) The national weather bureau suspended service during the war between the states, so instead I read harbor reports. Civil War museums also displayed period dress and uniforms. My husband called a realtor and we were able to visit the Balfour House. Downtown I found a pharmacy with historic objects on display. The drugstore had been in operation in Vicksburg for so long that the owner’s father, a retired pharmacist, talked to me about folk medicine during the 1800s.

These are just some ways in which researching the time period can give you detailed factual information to breathe life into facts to make nonfiction narrative engaging and entertaining.

On a personal note, I want to close out this year by thanking all of you who faithfully follow my READ LIKE A WRITER blog. Since I’ve been writing blog articles for six and a half years now, is there any topic I have not written about that you would like for me to cover? (Once I got a request to write about what changed in this business in the 35+ years since I began publishing, and I wrote an article about that.)

Wishing you all happy holidays, and a hopeful writing journey for 2019.

The Pony Express started from St. Joseph, Missouri, which is about an hour from my home. I’ll have to read the book you mentioned. Thanks for all your work in helping writers (including me!).

Thank you, Amy! Writing a blog without feedback feels like hollering down a well month after month. THEY'RE OFF! was one of my favorite NF PBs to read to elementary students in Texas. It has lively action, dialogue, and a story arc.