WRITING CONTESTS: WORTH IT? HOW DO YOU WIN? 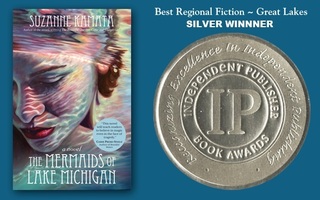 Author Suzanne Kamata has won multiple awards for her books and short stories. Check out her latest novel THE MERMAIDS OF LAKE MICHIGAN, which won an IPPY award

A couple of weeks ago, I entered a writing contest. This will come as no surprise to anyone who knows me; I enter contests all the time. Some may think that it’s not worth the time or the cost of the entrance fees. After all, many contests get hundreds of submissions, and judging is often somewhat subjective – every reader has different likes and dislikes.

I have lost more contests than I have won, but sometimes I get lucky. Thanks to winning or placing in writing competitions, I have received plane tickets to Paris, Sydney, and Columbia, South Carolina (from my home in Japan). I’ve also been awarded cash, medals, trophies, and plaques and shiny prize stickers for my books, not to mention bragging rights and prestige. A contest win can also be an excuse for a burst of publicity – Twitter tweets, Facebook posts, mentions in newsletters, and interviews with your hometown press. Contests may lead to recognition, getting an agent or publisher, and book sales.

So how do you decide which contests to enter? How do you win? Here are a few things to consider:

*Previous winners – Who won the prize/contest in the past? Is it someone whose writing you respect? Would you be honored to have your work mentioned alongside theirs? The entry fee for the Nautilus Book Awards was a whopping $185 ($135 for books for children and young adults), however when my publisher suggested I enter my short story collection, THE BEAUTIFUL ONE HAS COME , I did because winning or placing would put my book in the same company as many writers that I admired, such as Barbara Kingsolver, Bishop Desmond Tutu, and Gayle Brandeis. the book cover.

*The narrower the category, the better -- Some contests attract a broad range of submissions, and are therefore more competitive. Those with a narrower focus obviously attract fewer entrants. My YA novel GADGET GIRL: THE ART OF BEING INVISIBLE, features a biracial (Japanese/Caucasian) girl with cerebral palsy and is set partly in Paris. Instead of entering the book solely into heavily competitive contests for YA fiction, I entered it into contests for books concerning Asian-American characters, and those with a disability or Paris connection. Happily, it was awarded the Asian Pacific American YA Honor Award and the Paris Book Festival Grand Prize.

* New contests offer new opportunities -- Typically, your chances of winning a brand new, or newish contest are greater than an older, established one simply because fewer people know about it. When I entered the second annual Jeremy Mogford Prize for Food Writing, my entry was a finalist. Although I didn’t win the 10,000 pound prize, I was thrilled to have been a contender. At the time, there were “nearly 400” entrants, however over 1,000 stories were entered in last year’s competition, the fifth, making it more difficult to win. Similarly, when my novel THE MERMAIDS OF LAKE MICHIGAN was named a finalist for the Helen Sheehan YA Book Prize sponsored by Elephant Rock Books, my manuscript was competing against nearly 70 other submissions. This year’s contest drew over 100 entries. As winners of this contest have gone on to be named a finalist for the Printz Award and a Junior Library Guild Selection, the prize is rapidly gaining in prestige, and in the number of contestants.

*Follow the rules – This should go without saying, but make sure you take a good look at the guidelines. As a contest judge faced with a mountain of submissions, I have been quick to disqualify those who have obviously not paid any attention to the rules. If a contest asks for up to fifteen pages, don’t send a PDF of your entire book. If manuscripts are judged blindly, make sure your name doesn’t appear in the header.

*If you don’t succeed, try again -- I was awarded a work-in-progress grant from SCBWI the second or third time that I applied, and a grant from the Sustainable Arts Foundation on my second try. The winner of the 2017 Leapfrog Press Fiction Contest was a semi-finalist two years before.

*Submit your best work – Give it your best shot. Often unusual, quirky, or unclassifiable works stand out above the crowd. Choose your most unique, most special work for contest entry, and hone it till it shines.

*Winning isn’t everything – Some contests, especially those sponsored by literary journals, send every entrant a copy of the issue containing the winning story. Others promise a critique to every entrant. At the very least, your entry fee may be helping to keep small press publishing alive. In some cases, books entered in competitions are donated to libraries and other places where readers gather. Judges often take note of strong entries, even when they are not chosen for first prize., for example, Leapfrog Press has published several of the finalists of its annual fiction contest in addition to the winners. Even if you don’t win, if your entry places, take that as encouragement. Keep writing, and keep revising.

• Editor’s note to blog readers: What contests have you entered with what results?  Read More