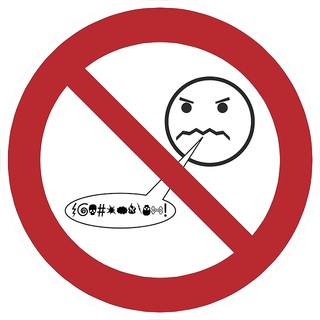 photo by succo on Pixabay

One of the things my grandson, Erik, and I love about BECAUSE OF WINN-DIXIE (Candlewick) by Kate DiCamillo is the cuss words.

Recently I was researching strikes, so I read an adult novel about Boston police strikes after WWI. The author peppered conversation with the For Use of Carnal Knowledge acronym. It took me out of the time period because I couldn’t imagine Irishmen, even cops, using that word the early 1900s. Also, all the male characters used the f-word, which seemed lazy on the part of the author.

An example of an author who uses language appropriately to his time setting is M.T. Anderson . The f-word in futuristic FEED is justifiable because denigration of language could be a theme. However, Anderson uses formal language, and omits the f-word, in his Revolutionary War period OCTAVIAN NOTHING novels.

It’s my belief that original substitutes for swear words can pack more powerful images than resorting to using swear words. In the adult novel PURPLE CANE ROAD (Doubleday), set in Louisiana, author James Burke does an excellent job of this technique. In one passage, the sheriff narrator tells what type of men are in lock-up. He ends with, “the type of men who Satan wouldn’t let scrub his toilet with their toothbrushes.” (Burke does a fabulous job with original jarring dialogue, too.) Listen to how he builds in this paragraph, startling the reader with a twist at the end of the paragraph, and gets his point across without using one expletive:

I looked at her eyes, the sun-bleached tips of her wet hair, the healthy glow of her skin. There was no dark aura surrounding the head, no tuberous growth wrapping its tentacles around the spirit, no guilty attempt to avoid the indictment in my stare. She was one of those who could rise early and rested in the morning, fix tea and buttered toast, and light the ovens in Dachau.

I also believe when it comes to cuss words, less is best. When increasing tension, build from frustration to anger until one burst of physical action and, if necessary, a curse word packs a bigger punch then if the character has been swearing—especially swearing constantly--well before his anger explodes. I used this technique in NO SURRENDER SOLDIER at the point Kiko was frantically trying to get his tatan (grandfather) to not behead the WWII Japanese soldier.

What is your stance on cuss words in YA literature? Do you use them? If not, how do you make it authentic without curses?  Read More