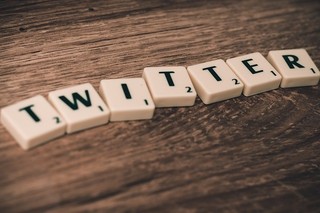 This article is a follow-up to my blog post “Changes in Book Publishing in 30 Years” (June 14, 2013) and “My Achy-Breaky Heart over Agents” (October 15, 2017) ). The reason I’ve been able to continue to be published is because I’ve made a point of staying current with changes, especially technology. In the “Changes…” article I talked about how in the past I got my agents through conferences. And how social media has increased demands on authors to self-promote. Today I’m going to talk about how Twitter has changed getting an agent.

I remember about 15 years ago being at a conference in LA and writers were practicing “elevator pitches.” The concept came from the movie industry where screenwriters would pitch screenplays in the amount of time an elevator took them from one floor to the next with a producer. I also recall groaning inside because it’s easier for me to write a book than it is to write a synopsis, let alone a pithy pitch. Today, with Twitter, all writers need to perfect their telegraphic-length pitches. All writers and illustrators need to be on Twitter. I’ve been a Twitter-fan since 2013. Talk about Rave Parties, Twitter Pitch Parties are all the rave!

Twitter allowed 140 characters. Twitter recently doubled its character count to 280. I have no idea if this will change the length allowed by each pitch party. Read the rules. However, keep in mind that people today don’t read, they scan.

If you write your pitch shorter than the allowable character count, then you can add hashtags that tell the age group, genre, and something that pertains to your book that will grab agents’ attention. Examples: #STEM, #OwnVoices, #Diversity. With the additional character count you can also add a photo. This is especially a bonus for illustrator-authors. In my last Twitter-pitch for a contemporary YA, THE ELECTORAL GAME, I added a political cartoon to make my pitch, hopefully, stand out. (There are political cartoons within the book, too.) I recommend you make it relate, and not just a seizure-inducing GIF.)

Also, type up variations of the same pitch so Twitter lets you to post as frequently as the party rules allow.

Another writer gave this formula for Twitter pitches. But don’t tie yourself in knots if you can’t make it fit exactly. “When [MAIN CHARACTER] [INCITING INCIDENT], he [CONFLICT]. And if he doesn’t [GOAL] he will [CONSEQUENCES].”

My SCBWI critique group critiques each other’s pitches as fervently as they do the manuscript.

Here’s examples of book pitches that I’ve tweeted: [Note #PitMad was the name of the pitch party. That has to be part of your character count.]

In the “Achy-Breaky Heart…” article I wrote: “Increasingly, publishers are refusing to accept unsolicited submissions...” The even worst news is that some agents are not accepting submissions, or only during certain months, or only if referred by a client, or invited through a conference. However, the exception can be the online Twitter Pitch Parties.

Raimey Galllant has an article with tips for Twitter pitches.

One important rule is to not favor a tweet during a pitch party. Only agents favor tweets. However, you can retweet (RT) someone’s pitch. If you get one of yours favored by an agent, check out the agency before submitting. Make sure the agents don’t charge fees, or that the agency doesn’t self-publish its clients’ books. (I also covered this issue in “Achy-Breaky Heart…”)

WHERE TO FIND PITCH PARTIES

Do a search of whatever age group—PB, MG, YA, NA--your manuscript is aimed at, and what genre—#SFF, #HF, #Rom, etc.

If I’m pitching in a particular Twitter pitch party, then I scroll down and retweet (RT) tweets from people I know, or ones that interest me. The next one I’ll participate in is #PitMad on Dec. 7, 2017.

For those who don’t like parties *raising hand* think of how much money you can save by attending a Twitter Pitch Party from home. No shopping for the expensive dress and shoes. No flying to NYC or LA. Instead, prepare your pitch, and party hardy online!

Great article, Christine! It's amazing how much pitch parties have taken off.

Thanks Raimey! It was smart of agents (& editors with #MSWL) to embrase Twitter's potential. I know they are drowning in paperwork. (I was a first reader for a new publisher for one year.) All of us writers should thank them for their time and accessibility. And profusely thank the authors and pitch teams who make these parties happen.