WINTERING A SEASON OF DISCONTENT 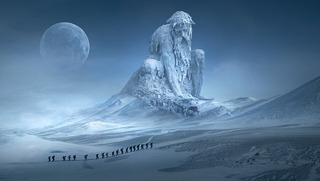 In BIRD BY BIRD author Anne Lamott has a great chapter on jealousy. She writes, “Of all the voices you’ll hear…, the most difficult to subdue may be that of jealousy. Jealousy is a such a direct attack on whatever measure of confidence you’ve been able to muster. But, if you continue to write, you are probably going to have to deal with it…”

I have a lot of character flaws, but jealousy of writers doesn’t tend to be one. I’m more of an encourager, the cheerleader applauding people’s successes at every level. This is probably because at my core I am a teacher. I revel in seeing people rewarded. *Throwing you all virtual stickers!*

However, there was a time when I was guilty of covetousness, which is akin to jealousy and envy. They come from the seed of discontentment. In my case, and that of many writers, I was discontent with my level of achievement not being as high as others further up the publishing ladder. Since discontentment is the opposite of being grateful for what I have instead of longing for what I don’t have, Thanksgiving season is a good time for me to share with you about wintering my season of discontent, as Shakespeare called it in RICHARD III.

(Stories are not supposed to led with background, so excuse me as I do so in this anecdote about wintering my season of discontent.)

As a young Christian in my late teens and early 20s, I read a lot of faith-building biographies. I noticed most were written by Jamie Buckingham. In my early writing career, I wrote for magazines and had Christian children’s books, an anthology, and video game book published by Concordia, BibleVision and Zondervan.

I took a detour into journalism, getting a second degree and then working for newspapers. In 1991, after nearly a decade in Pacific-Asia, we moved back to the U.S. Mainland. It was a turning point for me in many aspects of my life. I got a part-time job in PR and marketing and started graduate school in English Lit. Although, my long-term plan was to teach writing at a university and write novels and NF books for trade publishers.

In late 1991 or early 1992, Jamie Buckingham came to speak at our church in San Antonio, Texas. My heart pounded. The Jamie Buckingham who had written biographies about Corrie Ten Boon and Nicky Cruz! Jamie mounted the platform and I whispered this prayer, “O Lord, if his mantle could pass on to me.” Jamie leaned into the microphone and said, “I have liver cancer.”

It felt like someone punched me in the gut. Shame, remorse, and regret washed over me. I took back my prayer, if that’s possible. But I also had an epiphany that has kept me in check against jealousy of other writers’ success.

I couldn’t have the good without the bad. If it were possible for me to receive the mantle of another great writer, I wouldn’t be given only the raven’s manna and oil in my lamp. I would also have to live with Jezebel’s henchmen chasing me, wandering in the desert alone and afraid.

Since that time, I’ve made friends with many very successful (i.e. extremely well-published by top publishers) authors. I know them well enough that they’ve told me about being raped, about multiple divorces, about the death of their children, about doing most of their writing in hospital waiting rooms, and many, many other tragedies that, quite frankly, I don’t know that I could have endured. And, who knows, if someone is envious of my mid-list career, maybe she or he couldn’t have made it through my traumas in life, either. None of us get through this life unscathed.

My hope for you this Thanksgiving season is that if you are wintering a season of discontent, that it be brief. Reconcile that you can do the work, but the rest is out of your hands. Celebrate each success, not measuring against others. “Be therefore content, whatsoever state you are in.” –St. Paul

'Now is the winter of our discontent
made glorious summer by this son of York
And all the clouds that low'r'd upon our house
In the deep bosom of the ocean buried.'
William Shakespeare, RICHARD III

This is something extremely special. Thank you for sharing

Thank you, Fulvia. May you be blessed during this time of gathering the harvest!