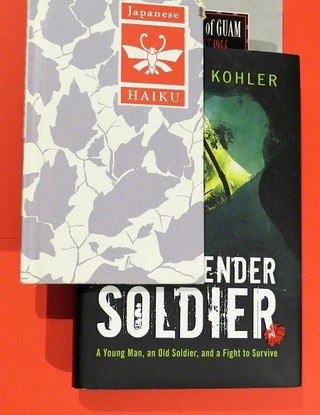 Mixed media in novels and nonfiction gives readers visual and reading relief. Honor copyright, though, or you could get sued.

Mixed genres within one novel or nonfiction book gives readers visual and reading relief from the narrative. It can also add authenticity to a story or factual account. In real life, we use different forms of communication besides dialogue. People e-mail, text, post online, call on a phone, video-chat. We read newspapers, posters, billboards, informational pamphlets, cereal boxes, street signs—the list is endless. People sing songs, repeat chants, quote poetry and pithy sayings of others. So why should narrative and dialogue (quotes for NF) be the only choices within a novel or nonfiction book?

Margo Kelly’s contemporary YA thriller WHO R U REALLY? (Simon & Schuster), about internet stalking, is a prime example of a story that required texting, online chatting, and emailing. Kelly said, “In order to represent this in the context of the story, each type of communication had to be represented in a different stylistic way. For example, with the online chatting, the usernames were bold fonts and with texting, italics were used.”

In the contemporary YA thriller PANDEMIC (Sky Pony Press), author Yvonne Ventresca used texts, blogs, and "instant alerts" from the school district to show the type of communication that might occur during a disaster. So, if you are writing a contemporary school setting, check to see if the technology is up-to-date. You want the setting to reflect what children and teens are experiencing in the 21st century.

In THE NAMESAKE (Simon & Schuster), author Steve Parlato fleshed out the character of Evan's father to make him a living presence despite his suicide. This is an example of where the physical character is never on-page/on-stage, but still needs to be a fully-developed character, like Kiko’s brother Sammy in my novel NO SURRENDER SOLDIER (Simon & Schuster).

Parlato said, “I did this through journal entries as well as poetry he (Evan’s father) had written for the high school literary journal, The Quill and Barb. I also used letters and other communications, such as an inspirational poem his aunt sent Evan when he was on encounter.”

Two of the most difficult genres to get permission to use, if not in public domain, are poems and songs, due to the brevity and copyright “fair use” laws. (The next article on READ LIKE A WRITER will be by Media Attorney Aimee Bissonette about copyright law.) Honor copyright, or you could fget sued. Even if publishers can get permission, they usually don’t want to pay the high fees to reprint. So, keeping permission and cost concerns in mind, I recommend writing original poems or lyrics, when possible.

Parlato said, “I was proud of that piece, because the copy editor said I'd need to secure copyright from "Sun Press," the original publisher of the poem. I had, in fact, written the poem myself and included faux citation (within the novel) to make it seem legit.”

What amuses me about Parlato’s insider story is that he and I share the same publishers—Merit Press/Adams Media/F&W Media, and now Simon & Schuster. In NO SURRENDER SOLDIER, the WWII Japanese soldier, Seto, quotes a haiku, and can’t remember whether or not he wrote it. When my novel was in copy editing (possibly by the same copy editor as Parlato’s novel), evidently she searched endlessly for the haiku. Finally, my editor asked me if I had written it. *Smile* I don’t know why they didn’t ask in the first place.

Within this one novel NO SURRENDER SOLDIER, written mainly in narrative style, is a military leaflet, haiku, song, news articles and headlines from newspapers and a textbook.

One of the first children’s books I wrote, published in 1985, had a jump rope rhyme. I wrote an original rhyme not because I was concerned about copyright on rhymes that had been handed down for centuries. They would be in public domain. But I wanted something original, not cliché. I often recommend to writers to write original verse rather than borrow it.

Listen to what one reader of NO SURRENDER SOLDIER wrote about how this one haiku affected him:

I loved that haiku you wrote for it (Chapter 16). Very evocative, very Japanese, very Zen. Those lines, “Tears frozen on Winter trees,/Dew drops of silence,” so succinctly captures the nature of a loneliness that ends up necessarily transforming itself into chronic sadness in the hyper-isolated. One can only feel lonely when one still dreams of companionship, of loving family, of lovers. When that dream finally and inevitably dies, like an unwatered flower growing out of a crack in the parking lot of isolation, all that is left is a deep and profound sadness…which Seto reluctantly senses he is being forced, by that silence and his isolation, into becoming. I am a firm believer that all true poetry comes out of the Mythos that Joseph Campbell speaks about so eloquently. But that the poet doesn't go into the Mythos to find poetry any more than a bee goes into a flower to find pollen. They go in there for the nectar of escape and solace from their isolation, and some rare times they end up carrying out the pollen of their poetry on the hind legs of their imagination by accident. If they come out...with that pollen...they are then called poets; if they can't...or don't want to come out...they are called lunatics. “Tears frozen on winter trees”...a good metaphor for all those who trek into the Mythos to escape their human isolation and end up spending the rest of their lives there. (Greg Morton, Canada)

This can be the power of using mixed media within a novel.

What are other examples of mixed media within novels that you found added to authenticity in making the story come alive?

[ Note: Be sure and read the upcoming article on READ LIKE A WRITER, written by Media Attorney Aimee Bissonette, about copyright law. Great information! And we’re so privilege to have Aimee Bissonette write it for us.]