FILLING HOLES IN THE CANON OF CHILDREN’S LIT 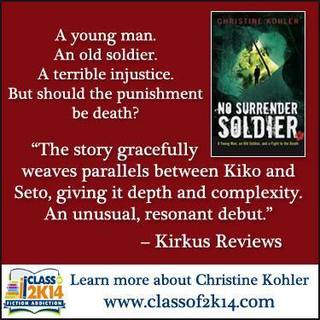 I’ve always written to holes I see in children’s literature. I got into writing children’s lit in the early 1980s by writing what I could not find to buy for my own children—Christian contemporary “social problem” fiction with multi-racial casts. I sold the Growing Up Christian series for ages 5-9 to the second publisher I sent it to, Concordia Publishing House, who published four books in 1985. It was not until years later that experts told me I had broken barriers by writing contemporary fiction for children in the Christian Booksellers Association (CBA) market and writing books where children of different races are neighborhoods friends. (A white girl, Jennifer Harper, and black boy, Curtis White, are best friends. They go to school together and their parents do family activities together.)

Some examples of books that fill holes in the canon of children’s literature: GOLDEN BOY by Tara Sullivan (Penguin, 2013) about the killing of albino people in Tanzania; STACY HAD A LITTLE SISTER by Wendy Old (Albert Whitman, 1994) about S.I.D.S. written from the big sister’s point of view; ZLATA’S DIARY: A CHILD’S LIFE IN WARTIME SEREJAVO by Zlata Filipovic (reissued by Penguin, 2006); THE GRAND MOSQUE OF PARIS: A STORY OF HOW MUSLIMS RESCURED JEWS DURING THE HOLOCAUST by Karen Gray Ruelle and Deborah DeSaix (Holiday House, 2009); THE COMPASSIONATE WARRIOR: ABD el-KADAR OF ALGERIA by Elsa Marston (Wisdom Tales, 2013).

My YA novel NO SURRENDER SOLDIER fills a hole in children’s literature. It is the only historical YA novel set on Guam with an indigenous (Chamorro) main character. All the characters (except one miniscule role of an American history teacher) are Asian-Pacific. It is the only YA novel that addresses the atrocities done to Guamanians during the WWII Japanese-occupation of Guam. It is a novel that shows how and why a WWII Japanese soldier survived in the jungles of Guam for 28 years. (I did extensive research on Shoichi Yokoi, including reading English-translated Japanese documents. I lived on both Guam and Japan.) Only one other YA novel is set on Guam, KEEPER OF THE NIGHT by Kimberly Willis Holt (Henry Holt, 2003) and it is contemporary.

When I submitted NO SURRENDER SOLDIER to Jacquelyn Mitchard, executive editor at Merit Press, she said, “I always wondered what happened to that (WWII Japanese) soldier who hid on Guam.” Jackie recognized that this was a topic not written about in children’s lit before. Karen Cooper, publisher of Adams Media, invested in publishing NO SURRENDER SOLDIER. Although it is the hope of every author that his or her book stays in print, it is beneficial to the canon of literature when a book that fills a hole, and no other book in print does, stays in print regardless of the profit margin.

My advice to authors is to write to the holes. And, in my opinion, publishers are noble who keep books in print that fill holes in the canon of children's literature.
NO SURRENDER SOLDIER—hardback retail $17.99—is now being sold by Adams Media on-line for $2. (Free shipping for orders of $25 or more.)

This is a beautiful testimony to your book. I hope to read it soon. The link to Adams Media on-line does not work. I will look to order it elsewhere. I am from San Antonio and happened to come across your blog. Thank you for sharing your talents.

Thank you, Rachel. I live not far from San Antonio and did a number of book programs there, including for Barnes & Noble, a book club, the Texas Library Assoc., Educators' Week, Society of Children's Book Writers and Illustrators (SCBWI), etc. We had lived in San Antonio for about 18 years. I had worked as an editor and copy editor for the San Antonio Express-News and as a high school English and journalism teacher. So I appreciate how supportive the people of San Antonio have been since NO SURRENDER SOLDIER was released last year.

I mentioned the $2 sale on hardbacks because it would be a great deal for classrooms. On purchases of $25 or more shipping is free. Here is the live link that you can copy and paste into your browser: