NONFICTION, THE BEDROCK OF FICTION 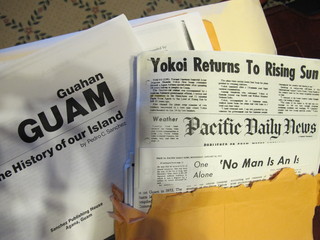 Some writers say they prefer to write fiction rather than nonfiction so that they can make up the facts and not have to do any research. Unless their story is fantastical and they have made up completely different Otherworld rules, then all fiction is based in nonfiction, i.e. facts. Even in science fiction, the best of the genre is based on real science. I read one science fiction book that was not based on natural laws and science, quite frankly, (sorry, there's no other way to say this) it was stupid. I never read another book by that author to the boys even though he's a very popular author.

If you don't research a setting, then you would have to set every place in a location where you have lived. Without doing research, wouldn't you only be able to write about yourself and your own experiences? This might be very limiting. I was even reading an experimental techno novel and the characters went to Cyprus. Even though much of the story was outlandish (think political satire lampooned) it was obvious the author did research the setting, Cyprus. I know one book editor who insists that even the weather be accurate in historical fiction for the exact time the story takes place.

My novel, NO SURRENDER SOLDIER (tbr Jan. 2014 by Merit Press), is set on Guam in 1972 and has a character who lived in Japan prior to WWII. I lived on Guam, Japan, and Oahu, so that helped me to understand the Chamorro and Japanese cultures and characters. However, I had to research what it was like to live on Guam during World War II and in 1972. I also did extensive research on the authentic "no surrender soldier" Shoichi Yokoi.

Besides books, I read news articles and the Guam textbook. Too many writers today stop after surfing the web. Yet some of the best research materials are found in museums with archives, universities, news articles, and books. For NO SURRENDER SOLDIER, the (former) director of the Micronesian Area Research Center (MARC) at the University of Guam was especially helpful. I also consulted with Roger Mansell, an author and expert in WWII POWs in the Pacific Theatre.

When I write about foreign settings and foreign historical figures I always look for sources from that country. I don't want to be guilty of writing from strictly an American or Euro-centric perspective. In the case of NO SURRENDER SOLDIER, I was able to purchase from a Canadian antique book dealer a collection of Japanese news articles about Shoichi Yokoi translated into English.

Beyond setting and historical figures, I also do research on the periphery topics. For example, my husband laughed when I checked out from a city library a book about home butchering. I also contacted Chamorro music expert Raymond Baza, Pacific Daily News archives, and an administrator at one of the Catholic churches for information on an annual fiesta.

After writing NO SURRENDER SOLDIER, in revision I decided to fictionalize Shoichi Yokoi to give me more freedom with the resolution. But that still didn't minimize how much I wanted to stick to the facts in this harrowing tale. It still didn't change how I wanted to understand the psyche of a man who would hide under the jungle for so long.

It has been said that if there are inaccuracies in facts, you can depend on readers to catch your mistakes. Never is this so true as with children. So make nonfiction your bedrock of fiction.

Thank you, Pam. I hope this isn't one of those articles that is "singing to the choir." However, if anyone has ever read a fiction story where they are abruptly stopping and saying "huh? That's not right!" then they know exactly what I'm referring to in this article. In fact, I read a novel last month and it was obvious the author had never been to Texas. He set the novel in a city and area I lived in for 20 years; the plotline and characters were great, but every time I hit a gross inaccuracy it pulled me out of the story. In writing this article, I wanted to save writers that grief, and not feel the sting from reviewers and readers after publication.

Christine, I think this should be shouted from the rooftops to all writers. I always question those little things that strike me, to the point of looking up the information for myself. Even in epic fantasy, as you say, daily life examples must ring true. One can't have an eight foot by four foot by several inches thick oaken door held to the frame with brass hinges, for example. I've seen that one on paper. I've become even more sticky about facts than I ever was and couldn't agree more with your assertion here.

Thank you for posting this one.

I wouldn't worry about singing to the choir Christine. It always has new members and for those who sing off key, it's a good reminder. Thanks so much for your wonderful advice. Great article!

Thank you, Claudette and Anon.

I was just discussing this blog article on a LinkedIn site and I gave as an example that even if in sci-fi/fantasy someone defies gravity, then the law of gravity has to be acknowledged and explain how in the "Other world" the law of gravity doesn't apply.

Claudette, your heavy door/brass hinges example is a good one. That's something that I might not have been bothered by. But I have a niece who majored in medieval history and I bet if she read a novel where a drawbridge is hinged and held by something lightweight and flimsy, or a product not yet discovered, it would be a detail that might cause her to put the book down and not finish it.

Hi, I totally agreed. Sometimes I think writers by pass elements of their stories without consulting the facts surrounding the issue. Well said!

Agree Christine that setting is so important

Hi Dale! Are you the same Dale Harcombe from Australia, author of the YA novel STREETS ON A MAP? If so, maybe you can tell us a bit about your research for setting for this novel. Is there one particular interesting story you'd like to tell us about your research?

(I have a funny story about a sheriff escorting me off a bridge in Arkansas where I was trying to locate Pine Bluff where a Cherokee general had fought a battle during the Civil War.)

With a title like STREETS ON A MAP bet setting is practically personified like a character. Any insight?