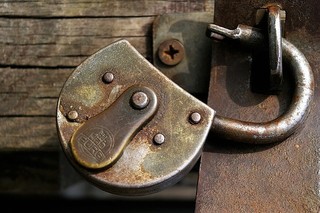 As a former journalist, I have often said I don’t believe in writer’s block. I stick by that statement. Not writer’s block in the sense most people speak of it, as if they can’t get any words down on paper for a period of time. Poppycock. Research deeper. Read in the genre of what you are writing. Interview the character. Do a character sketch. There are many ways to get words down on paper. They just may not be the right words for the final draft, but that will all iron out in revision.

However, I do believe there are times that we get temporarily stuck. It’s not that words won’t come. Or the right words are blocked. No, we—I—get stuck because I don’t know what comes next in the story. Plot is a huge puzzle that needs sorted out. It’s a ball of strings that needs untangled.

Here’s some tips I’ve used to get unstuck, and move forward when writing:

Step #1: Write recursive. I usually write recursively all the time. Recursive writing is when you write one day, then the next day you go back and read and tweak what you wrote, then move forward. The trick is that you can’t start from the beginning after your second day of writing. Also, don’t get bogged down in heavy rewrites or you won’t be able to move forward.

Anyway, back to being stuck, recently I was sweeping through a first draft during a specified time period. About one fourth of the way through the novel I got stuck. Not bad stuck, but enough to not be able to make the best use of my day’s writing time. That’s when it hit me; I hadn’t been writing recursive. I was sweeping. While doing a reverse outline I scanned the chapter before I got stuck and it hit me—one character asked the reporter to keep a secret. I knew how to get unstuck; the secret had to appear to be broken.

Step #2: If you are a pantser like I am, then write a reverse outline. A reverse outline is when you write short chapter summaries of the chapters you’ve already written. In the case of the novel I was working on, I had gotten stuck at Chapter 16. Once I did the reverse outline, re-read Chapter 15, then wrote Chapter 16, it propelled me forward to outline the next six chapters. (If any of my former ICL students are reading this, they have a right to smirk and say, “Serves you right!” The course required they write a synoptic outline before they wrote the first word of their novel.)

Step #3: Go for a walk. Do art. Something that won’t take long, but will free up your thought process. I know, this seems counter-productive since you want to get on with writing. Do not use this as a stall tactic. The key is to first fill your head with puzzle pieces. That may require reviewing your research or pre-writing notes. Think of it as a well inside you. I find when I’m stuck, it’s often because my well is not full. If it were overflowing, like when I write NF, then I’d have so many pieces that the puzzle would fit together quickly. Novels are different, though. There’s chapter arcs, overlying story arcs, twists and turns, escalating conflicts, acting and reactions, flawed characters who do unexpected reactions... Really messy work. Like real life.

What do you do to get unstuck?

This is a great article. Thanks for sharing your strategies.

Thank you, Becky! If you have any other strategies, be sure to share.