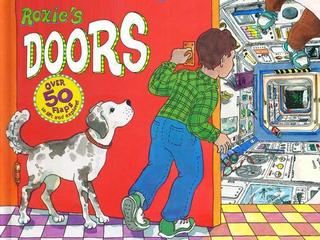 In this blog post I decided to take a break from teaching about the craft of writing and instead talk a little about the writing life.

YES, VIRGINIA, THERE IS A FUTURE IN THE ARTS
I received an email from an editor of a university newspaper, asking if she should switch majors from journalism since newspapers are closing. I told this editor there will always be a need for good writers and editors. What changes is the technology. I would give this advice to anyone in the arts, whether a writer or illustrator or photographer. There will always be jobs for people in these fields. The trick is to stay current in technology and be open to new ventures.

For example, I started as a professional writer using a manual typewriter with a broken correct-o-tape. In journalism school at the University of Hawaii I thought it was a big deal that my typewriter plugged in. While in college, the technology changed rapidly and I took my copyediting course on a computer. I also bought a Commodore 64 as my first PC at home. Before I left the newsroom (to specialize in children's literature), composing departments were shut down and I was trained in a sophisticated pagination program as the Hearst newspaper was produced electronically. Last month I wrote news for News-O-Matic published by Press4Kids as an app for iPads. How cool is that? The advancements in technology continually fascinate me and I believe it is detrimental to my career if I don't keep up with it.

For illustrators, look at an amazing app by Roxie Munro and what she has to say about creating apps. Also check out Digital Media Diet .
These are just a few examples of how the same skills are still needed but the technology has changed.

HECTIC HOLIDAYS
Years ago I asked my friend Jane Yolen what to do about having difficulty finding time to write during holiday months starting with Thanksgiving and running through January (sometimes, I hate to admit it, even through February). Jane told me to "work on shorter pieces." Ever since, I have taken Jane's advice and written during those months short nonfiction articles for publications such as Gryphon House activity books. During the 9 1/2 years that I taught writing for ICL (I retired December 24, 2012) this same question was very common. So I passed on Jane's sage advice. During hectic times in your life write poetry, devotions, short stories, short nonfiction articles, journal, but above all, keep writing.

RESOLUTIONS
I do not make resolutions. I make specific writing goals. Every year I fulfill all of my writing goals. This year they were fulfilled by October. Part of the reason is because I have a goal-oriented personality. I'm a very driven person. However, I also believe in making goals that are realistic and are within my power to complete. For example, I do not make goals such as "I will sell X amount of stories and articles." That is not realistic when it is not my decision what sells and what doesn't; it's up to the publisher whether to offer me a contract or not. Or, don't make a goal that you are going to get an agent. Instead, a realistic goal would be to do the steps within your control, such vowing to send out agent queries, or attend a conference where an agent you want to query is attending.

I belong to a goals group online. Four of us women writers (all educators) email every weekend what our goals are for the upcoming week, and what we accomplished (or not) on our goals that we set for ourselves (individually) the week before. At the beginning of the year we set long-term goals for the year. At the end of the year we record the results. We have been meeting for years as an accountability group. We try not to post during the week so as not to disrupt everyone's busy schedules. Although occasionally we might critique for each other or answer a question about business, our primary focus is as a goals group.

ORGANIZATION
Every morning it's as if someone has spiked a superball in my head. Consequently, I have to stay organized. My go-to bff for organizational advice is Kristi Holl. Besides WRITERS FIRST AID, Kristi lectures on organizational skills for writers. She's also great at recommending resources.

I hope y'all have a banner year. Join me next month for another teaching session

Hello Christine
What a wonderful idea to write shorter ways to get published during hectic times. I also need to look at the US children's market for more places to send queries. Love your blog!
Thanks ever so much Rita

Thanks Rita! The best children's magazine market book I've found is published by the Institute of Children's Literature. (ICL doesn't pay me to say that. :-) For those of us that are book writers, such as you are, it can be a long time between publications. Smaller markets are a good way to keep your name in the reader's mind, stay current on clips, and make some money.
http://www.writersbookstore.com/Books_on_Writing_for_Children.htm

Great post, Christine! I love the goals group idea, and the fact that the group is really only a goals group. I find that I'm becoming more 'goal' oriented as I go along. I used to make goals, then promptly forget about them. Now I refer to the list often, which keeps me on track.

lol, Pam, I think that is all of us! Just yesterday a couple of new pieces of writing business came up and I was fussing about what I needed to do the next day. Suddenly I realized that because I'm waiting for a contract and revision notes, that I didn't know what I could/should be doing this week. I referred back to what I had written to my goals group for the weekend and got my mind back on track. But if I hadn't had to write down and send a plan for the week, I could have just as easily frittered it away on facebook all week.

As for being dedicated as a goals group, we do occasionally discuss writing business as issues come up. But one year another woman joined us and she had lots and lots of writing questions. That's not what we designed our group for, and not what we had time for. We answered her questions and didn't say anything, but after about six months she decided to leave. This type of group is not for everyone. The four of us have become close friends, but we don't spend a lot of time chatting, except for brief explanations of how happenings in our family or work life hindered or sidetracked us from achieving the goals. (One professor went through a major flood in her town. I was surprised she got any writing done that year! But she was a real trooper.)