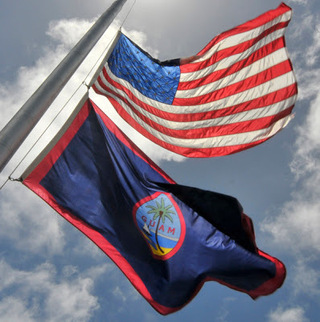 Many of the native islanders suffered greatly  Read More

Zita Taitano. A well respected journalist does it again. Thanks for the article, Z!

Ms. Therese Hart, si yu'us ma'ase for your comment. I had worked with Zita on the Pacific Daily News in Guam in the late 1980s until early 1991 when I moved to Texas. I am proud to call her "friend" and am impressed with how she broadened her experience in her journalism career. I am very honored that Zita agreed to write about the liberation of Guam during WWII. It's one thing for me to write about it from a historian viewpoint, but Zita writes about it from a deeply personal perspective, both as a Chamorro reared on Guam and as one whose relatives lived through that horrific time of Japanese occupation during wartime. 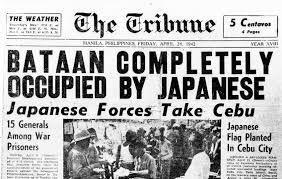 On December 7, 1941, Hawaii was not the only U.S. territory to be attacked. Hours after Japanese pilots attacked Pearl Harbor, Oahu, on Dec. 7/Dec. 8 (Asian side of International Dateline), 1941, Japanese forces attacked Guam and the Philippines, which were also United States possessions like Hawaii. (Simultaneously the Japanese attacked British colonies Hong Kong, Singapore, and Malaya.) Within days Japan occupied Guam and the Philippines.

WHY SHOULD AMERICANS CARE?

My intent in this brief overview is not to debate the merits or evils of colonialism. Historically it happened. There is no turning back the clock with 20-20 hindsight. The facts are that the U.S. government acquired and U.S. military protected and governed Hawaii, Guam, and the Philippines at the end of the Spanish-American war in 1898-9. (For more information on exact political status in 1941 see Guampedia
for Guam, University of Alberta for the Philippines, U.S. Dept. of State for Hawaii.

During the occupation of Guam and the Philippines, many Japanese soldiers committed atrocities against the people. Even if these two islands had not been U.S. possessions for about 42 years, it’s impossible for us as a free people to stand back and not intervene when defenseless people are raped, tortured, enslaved, and murdered. Our burden to liberate the Guamanians and Filipinos was doubly so because of the nearly half a century of colonialism that caused them to be defenseless and dependent on U.S. military protection.

U.S. Marines liberated Guam July 4, 1944. U.S. military invaded the Philippines Oct. 1944. The Philippines is much larger and very rugged mountainous terrain so the battles were long and fierce. Germany surrendered May 7, 1945. Japan surrendered August 14, 1945. The Philippines became an independent nation after WWII ended. After WWII Japan lay down its weapons and the U.S. military took over its military bases. To this day the U.S. continues to provide military protection for post-war Japan, which re-directed its energies into economic development, technology, and political stability.


HOW I LEARNED TO CARE

I graduated from the University of Hawaii journalism school in 1985. Several of my professors were former war correspondents from WWII through Vietnam. When I was a reporter for the Pacific Daily News (Gannett), based on Guam, I covered political status issues such as Commonwealth hearings in Guam’s quest for self-determination and U.S.-Philippine military base negotiations. (Guam is still a U.S. Territory. Read Guampedia for political status history. The Philippines did not renew agreements for the U.S. military to use base facilities so the U.S. military only acts in an advisory capacity to Filipino military forces.)

On a personal level, I loved Guam, the Philippines, and Japan, where I also lived. My children were educated in Hawaii, Japan, and Guam and studied the history, culture, and language of these Pacific Islands. Most of all, I loved the people.

It was out of my newfound understanding of WWII history in the Pacific that I researched and wrote the novel NO SURRENDER SOLDIER. It was out of my love for the people of all these islands that I created sympathetic realistic characters in Kiko Chargalauf, a 15-year-old Chamorro boy, and his family; Kiko’s best friend, Tomas Tanaka, and his family; and even Isamu Seto, the WWII Japanese soldier modeled after the real “no surrender soldier” Shoichi Yokoi. It is my hope that this novel will raise awareness of the history and political status of these lovely Pacific islands and people. So when you remember Pearl Harbor, you will also remember Guam, the Philippines, and Japan.

[Note: This brief general primer is not intended for use as a scholarly source.] Read More

My father in law is a US ww 2 vet seeing action in the Pacific. His 2 brothers were POWs during the Bataan death march while with the NM coastal artillery unit. A fourth was wounded in Guadalcanal. They paid their dues...

Buckster, what powerful stories your father-in-law and his brothers have to tell. Stories of survival. I can't even begin to imagine the incredible suffering they went through on the Bataan Death March. To write this novel, NO SURRENDER SOLDIER, I watched documentaries of Bataan and, then, about the Japanese soldiers in the Philippines who hid and did not go home after the war was over. (Clarification, if you have not read my book, it takes place on Guam during the Vietnam war era and does not take place on the battlefield. The theme is about the after-effects of war on families for generations.)

My dad was in the US navy during WWII, mostly in Greenland. My husband is a retired USAF officer. My son served in the military for five years, my one brother was a marine for four years, and I have a nephew who is now a US naval officer. I salute your family members who have served their country and helped to liberate subjugated people.

Thank you very much for taking the time to comment.

Thank you for your article. I look forward to reading your book. My grandfather piloted a PBY Catalina in the battle of Leyte Gulf. My uncle was also a nose gunner on a B24 Liberator and shot down over Yugoslavia and escaped capture with the help of the partisans. I just have one small correction to your photo. This is not the beheading of a Filipino man. It is the beheading of an Australian commando, Sergeant Leonard Siffleet at Aitape in 1943. Siffleet was on a mission in Papua New Guinea when he and two Ambonese companions were captured by partisan tribesmen and handed over to the Japanese. All three men were interrogated, tortured and later beheaded.

Fascinating details, Diane. Thank you for the correction. I give credit for photos where possible. I had gotten this one from historic archives of the Bataan Death March. But when you provided a name, I looked it up and saw that you are 100% correct. So I replaced the photo with this generic newspaper headline. Thank you. Accuracy is important to me.

I am amazed at what your grandfather and uncle and other pilots were able to do during WWII, especially those who flew over oceans. When I speak to teens I stress how airplanes couldn't fly very far in the 1940s. This was even difficult for me to understand at first, since I grew up during the jet and space age. When I lived in Pacific-Asia and studied how Gen. MacArthur had said, "I shall return," and the atrocities that occurred to islanders, I did not understand at first why it took the U.S. and Allied troops so long to liberate the occupied people. But once I studied aircraft at that time then I began to understand the difficulties.

As a sidenote, as a reporter I was privileged to fly in a cargo plane for a Christmas Drop of supplies to islands too small for runways. This tradition had begun during WWII. Even in a modern C-130 it was amazing to fly over the vast Pacific Ocean in areas with no possibility of landing. It was easy to see why pilots such as Amelia Earhart crash landed. (I've also been in planes that were refueled in-air over the Pacific.)

The point of this digression is that it is difficult to convey to 21st century young people both the inhumanity and the extreme challenges people like your grandfather and uncle went through in order to liberate the subjugated people. They truly were courageous heroes.

I hope you enjoy NO SURRENDER SOLDIER. Originally I was trying to understand the mental state of Yokoi and why he would suffer such deprivation for 28 years instead of surrendering and going home to Japan. (He did know the war had ended.) However, just when I thought I figured him out after much research, including reading English translated Japanese reports, auto-biography, etc., it came to me not to write another nonfiction book, but to write a novel instead. This way we can see the after effects of war for generations on both the captors and the captives.

Seven years after the war was over, when I was two years old, my parents moved our young family from Chicago to Mindanao, to work on a farm. I grew up in the Philippines and consider the Philippines my home. My older friends attended my school in a concentration camp during the war, while parents died in the camp trying to feed their children. My sibling's godmother's husband died on Corregidor. As a young child, one of my best friends was a Japanese boy, the son of the only Japanese family I think I had seen in Manila. I hope people seeing us play baseball together in a city park gained some strength in the thought that humanity has a chance in Nature.

Skip, thank you for sharing these memories of your life in the Phillipines after the war. Ths touched me deeply. Have you written about it? These life stories need to be recorded for historical accuracy. Or you could video-tape yourself to preserve your history. God bless you. Thanks again for sharing.