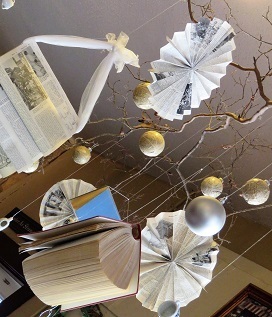 You never know. Your book might end up in an artistic book mobile, like this one at Storybook Cafe in Glen Rose, Texas.

We talk about birthing our work, and how books are our babies. And like our human children, it’s just possible as they age they will walk down a path we never imagined.  Read More