KEY TO CRAFTING A THRILLER 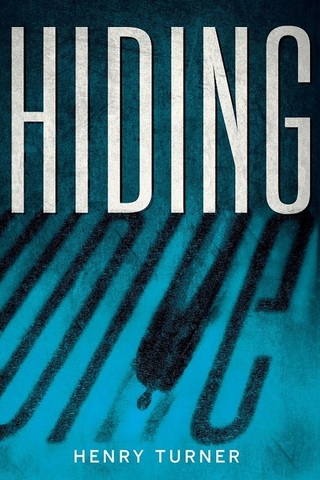 When people think of thrillers – even seasoned writers – they often think of set pieces: cool scary episodes, physical scenes, action and excitement. But this has nothing to do with writing a thriller, or better – putting intense suspense into any story. All the action scenes--scares, jump scares, you name it, will go slack and become tiresome if the character is not there. Everything revolves around the growth of the character.

Character actually builds scenes, generates material, and is fascinating in and of itself. Once you’ve gotten to know your character, you can put her or him into any circumstances. I’m so familiar with my characters from ASK THE DARK and HIDING that I could put them anywhere—on road trips, dealing with retail clerks, falling in love—events running the gamut from the most serious to the totally mundane. I know just what they’d say and do.

In HIDING (Clarion, 2018), the central situation is intense – a teen has snuck into his ex-girlfriend’s house and is never clear about his reasons for being there. He’s ingratiating—but he also has darker moments talking about unresolved aspects of his life that deeply disturb him. So, we wonder—what’s he going to do? Because the story is told first-person, he himself has to tell us—but he beats around the bush, avoids the issue, yet all the while he’s getting closer to her room, and finding things that make the situation increasingly uncertain and intense.

In ASK THE DARK (Clarion, 2015), my previous novel, the juvenile delinquent main character Billy Zeets finds dead bodies and thinks he knows who the killer is—but he feels he needs real proof. because his reputation is so bad, he thinks no one will believe him. Meanwhile, the killer is on to him, and starts to track him down. As I wrote the story, the events and episodes came very naturally to me, inspired, so to speak, by Billy’s personality. As in HIDING, the events are not exciting merely in themselves, but serve a greater purpose of bringing the characters’ personalities into greater focus.

Suspense techniques are key: withholding pieces of information, suggesting and hinting before clarifying—but the real power behind thrillers or any story is character—CHARACTER—with a plot whose events excite always in relation to how they affect and grow the character.

Henry Turner
is an award-winning independent filmmaker and author. His first novel for teens, Ask the Dark, was a Kids’ Indie Next List pick and was nominated for a Mystery Writes of America’s Edgar Award, as well as the World Mystery Convention’s Anthony Award. Born and raised in Baltimore, Maryland, Henry now lives with his wife and son in Southern California.
Follow on Twitter  Read More