WHEN LIFE, AND A PANDEMIC, GETS IN THE WAY OF GOALS
Pre-COVID-19 NOVELS ARE NO LONGER CONTEMPORARY
A WRITER’S GUIDE TO SELF-ISOLATION
UNRELIABLE NARRATORS
DISASTERS MAKE MEMORABLE STORIES
POETIC FEET
WRITING WISDOM FROM SOLOMON
BACKSTORY
BLOG TOUR FEATURES NO SURRENDER SOLDIER SETTING
ABC Radio Interview on Shoichi Yokoi, the Real NO SURRENDER SOLDIER
NARRATIVE NONFICTION
CLASSIFY YOUR BOOK CORRECTLY
STRATEGIES TO WRITING A NOVEL IN 6 WEEKS (OR LESS)
WRITTEN WORKS TAKE ON A LIFE OF THEIR OWN
WHEN I OFFERED MY WRITING BOOK FREE
FREE CHRISTIAN WRITING E-BOOK WORDS ALIVE!
CONFESSION LITERATURE IN YA NOVELS
READ LIKE A WRITER Blogletter Info
KEY TO CRAFTING A THRILLER
POETRY MONTH
CURSES!
WRITING CONTESTS: WORTH IT? HOW DO YOU WIN?
HOW I EAT, ER, WRITE A SYNOPSIS
CREATING IN KAIROS INSTEAD OF CHRONOS TIME
WINTERING A SEASON OF DISCONTENT
TWITTER PITCH PARTIES
WINTERING A SEASON OF DISCONTENT
MY ACHY-BREAKY HEART OVER AGENTS
WORLD-BUILDING 3.0
WORLD-BUILDING 3.0
FACTORS TO DETERMINE ‘FAIR USE’
PRIMER ON COPYRIGHT VS. PUBLIC DOMAIN
MIXED GENRES IN ONE WORK GIVES READERS RELIEF
GETTING UNSTUCK
TRUTH IN FICTION
10 TIPS FOR TURNING NONFICTION INTO A NOVEL
WWII: Dec. 7-8--JAPAN ATTACKS U.S. GOVERNED PACIFIC ISLANDS
10 TIPS FOR VIDEO-CHAT SCHOOL VISITS
HOW AUTHORS CAN USE GOODREADS
URSULA NORDSTROM GIVES TIMELESS ADVICE TO A TEEN WRITER
CHAMORRO JOURNALIST CELEBRATES GUAM’S LIBERATION
8 TIPS TO BETTER PUBLICITY PHOTOS
HONORED TO BE A PARKLAND COLLEGE NOTABLE ALUMNI
NAYSAYERS
OBTAINING IMAGES CAN BE A THORNY ISSUE
TURNING A VIGNETTE INTO A STORY
DIFFERENT TYPES OF WRITERS' GROUPS
NO NANOWRIMO? NO GUILT!
EMOTIONS JOURNAL
WRITING AUTHENTIC ANIMALS IN FICTION
OBJECTIVE CORRELATIVE: EVOKE EMOTIONS WITH OBJECTS
ENDING WELL
Reviewers, Readers Select NO SURRENDER for Diversity Lists
Writing Diverse Characters Different from those Inherent to the Author
MAGICAL WRITING: LEARNING IN LEAPS
THOUGHTS ON INTERNAL MONOLOGUE
STATIONS OF THE CROSS, an Out-take Chapter from NO SURRENDER SOLDIER
WEAVING FOREIGN WORDS SEAMLESSLY INTO ENGLISH LANGUAGE TEXT
Chris Eboch on WRITING VIVID SCENES
FILLING HOLES IN THE CANON OF CHILDREN’S LIT
DIALOGUE TAGS THAT DON'T DISTRACT
STARGAZER OR NAVEL-GAZER?
5 Ways to Move a Story Forward in Time
THANKFUL FOR YEAR OF THE BOOK
11 TIPS ON WRITING AUTHENTIC DIALECT
KISS A PRESS RELEASE
BIBA! CELEBRATING GUAM'S 70TH LIBERATION DAY
THE WRITING LIFE BLOG HOP
PTSD: LEARNING TO HEAL
PTSD IN FICTION CONNECTS WITH READERS
AUTHOR ADVISES ON WRITING ABOUT WAR IN KID LIT
AUTHOR HONORS DEATHBED PROMISE TO WRITE ABOUT WWII LEBENSBORN PROGRAM
AUTHORS, MAKE THE MOST OF LIBRARY CONVENTIONS
NOVELIST SAYS START RESEARCH WITH JUVENILE NF
MAKE THE MOST OF BOOK FESTIVALS
WWII PACIFIC RESEARCH ON U.S. NURSES IN PHILIPPINES
TWISTED LIT AUTHORS DISH OUT INGREDIENTS FOR DELICIOUS RESEARCH
LIBRARY BOOK LAUNCHES
CARNEGIE LIBRARY LAUNCHES NO SURRENDER SOLDIER
PUTTING MY COVER IN PERSPECTIVE
KUDOS FROM AN ALAN PANEL AUTHOR AT NCTE 2013
GRATITUDE IS AN ATTITUDE
GOURMET IN YA LITERATURE, Part IV
GOURMET YA LITERATURE, Part III
GOURMET YA LITERATURE, Part II
GOURMET YA LITERATURE
INTERVIEW WITH JACQUELYN MITCHARD, EDITOR-IN-CHIEF MERIT PRESS
WAR LITERATURE
I REPORTED ON THE INCINERATION OF CHEMICAL MUNITIONS
BEHIND THE SCENES: MY PATH TO NOVEL PUBLICATION
AUTHOR INTERVIEW ABOUT NO SURRENDER SOLDIER
WRITING ABOUT RAPE IN YA
PROLOGUES: Reasons For and Against in Children’s Lit
CHANGES IN BOOK PUBLISHING IN 30 YEARS
eXtreme cross-overs
MULTIPLE POINT OF VIEWS
NONFICTION IS THE BEDROCK OF FICTION
EUREKA! A NOVEL IDEA
MAILBAG!
Religious Novels in the ABA Market
TOPIC
BOOK WINNER!
Dandi Daley Mackall interview
READ LIKE A WRITER

GRATITUDE IS AN ATTITUDE 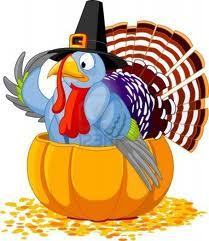 As a member of the Class of 2k14 Fiction Addiction debut novelists, I've been asked to write about something I'm thankful for, as a writer. This is my portion; you can access the entire list of Class of 2k14 authors and their thoughts on what they are grateful this year. -- Wishing you all a very blessed Thanksgiving! I am thankful for you, my readers!

DEBT OF GRATITUDE FOR MENTORS

I read last week that the Canton (Ohio) Writers’ Guild is celebrating its 50th anniversary and the post reminded me that I am thankful for mentors. In particular, I am thankful that while at Glenwood High School my best friend’s mom, Norma Atkins, critiqued my writing and expected me to revise. Though Norma was a single mother of four children, she took me to the Canton Writers’ Guild meetings and a writing conference at Malone College. Norma always treated me and my writing with respect as if I were a peer, not a teen. I’d never had an adult treat me like that before. Because of Norma and all I learned at the Guild, nearly a decade later when I started writing professionally, I already knew how to work the business end of publishing. I’ve always been grateful for that. Norma died the year I signed contracts for my first four books. I don’t think she ever knew I continued writing because I had moved out of state. The Canton Writers’ Guild grants an annual Norma Sigler Atkins Rowlands Award to local writers. And so, on the brink of publishing my 17th book, and debut novel NO SURRENDER SOLDIER, I want to take this time during Thanksgiving to honor Norma, show gratitude to mentors everywhere, and wish the Canton Writers’ Guild a happy golden anniversary. May you continue to inspire, educate, and respect writers of all ages and stages for another 50 years, at least.